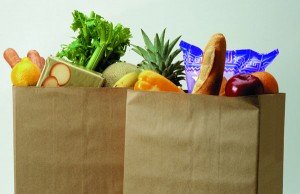 There are some people who are made for bringing their lunch and, in particular, eating the same thing every day of their working lives. I know moms who pack the same lunch daily for their kids (except on pizza day in the lunchroom) and I’m amazed that the kids don’t rebel. It’s probably a good habit, though, as I’ve thought back on some dyed-in-the-wool brown baggers I’ve known.

Savers –  A former coworker amassed a tidy sum on a modest salary, in large part because he had the stamina to bring his lunch for years. This guy brought the same turkey sandwich, apple and chips every single day without fail, and only deviated if there was a special event lunch or – better still – the company was buying. (This guy went on to be self-employed and whenever I see him he reminds me that he doesn’t “do” eight a.m. anymore.)

Pragmatists – I know another guy who made it all the way through college, med school, and a fellowship eating a peanut butter and jelly sandwich, six apple slices, and four lemon creme cookies for lunch every day. No, he didn’t particularly like it, he says, but it simplified things. There wasn’t time or money to go out, plus he could prepare his lunch the night before and then eat quickly whenever he had a moment during the day. Now he dines in the doctor’s lounge for two bucks and is giddy over having real cafeteria food.

Calorie Counters – You know when these folks are starting a diet because they buy a new lunch pack and thermos to get them off to an enthusiastic start. The first test of their commitment is the birthday celebration at the nearby Mexican restaurant. Can’t they just skip the cheese dip and still go?

Creatures of Habit – I finally quit calling a friend who could not be pulled away from her daily turkey sandwich for an impromptu lunch. “But I’ve already made my sandwich,” she would say guiltily. This always frustrated me, as if that 4-slice turkey sandwich was waiting expectantly and wouldn’t keep in the break room fridge for another 24 hours. Besides, she would have another one just like it the following day, and the next one after that.

On the other hand, if you made lunch plans well ahead (I learned this was the only way she could wrap her mind around anything other than her turkey sandwich), you had better not have anything come up to spoil the plans. A cancellation would throw her completely out of balance, as if she had cheated on her turkey sandwich and had been abandoned lunchless as cheaters deserve.

I’ve ultimately decided that these folks have the ability to be Zen masters of a sort. They don’t care that much about food, so whether it’s the same sandwich or a random soup doesn’t matter to them. There is an upper limit on the amount of enjoyment they can get out of any meal, so there’s really no use in them spending money or effort above the bare minimum. If they were in New Orleans they would still eat at Taco Bell.

I could stand to learn from these people. Maybe I would have a lot more money if I had their discipline (but hey, isn’t good food one of the reasons to toil in the first place?)

What drives these types to tolerate sameness every day? Is it the comfort of routine, the promise of an eventual payoff, the ease of not having to think or plan? Because it surely can’t be that they can’t wait to bite into that cold turkey sandwich. Again.