If you’ve longed to go downtown, park the car – once! – and then be able to enjoy the city strolling from venue to venue, get ready for the last weekend in September. Downtown will be buzzing with festivals and events, all within a few blocks of one another. 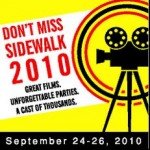 Check out the Children’s Film Extravaganza showcased at the Rushton Theatre located at the McWane Center.   The Children’s Film Series will show in two parts at approximately 10:30 and then later at 1pm and highlighting new filmmakers as well as a Scholastic series.

Would you prefer to work a date night into the weekend somehow? Consider purchasing a weekend pass and enjoying the Red Carpet experience on Friday night (including the after-party). Do the Brangelina and return with the kids on Saturday. When the festival announces its schedule later in August, we’ll provide you with BirminghamMom.com’s Guide to Sidewalk.  Stay tuned for more. 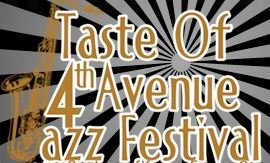 Music: Just one block away, the 4th Avenue Jazz Festival will be in full swing on Saturday, September 25th.  Anchored by the Alabama Jazz Hall of Fame, 4th Avenue will have several stages celebrating Birmingham’s accomplished jazz history.  This is a family event and organizers will provide many kids activities.  Also, it’s free thanks to generous sponsors and its organizer, Urban Impact.

Food: Opa! The beloved Greek Food Festival is a classic for Birmingham families and is going on its 38th year the same weekend, starting September 23rd and ending Saturday, the 25th.  This big family party will be at the Holy Trinity Holy Cross Greek Orthodox Cathedral located at 307 19th Street South (only 7-8 blocks from Sidewalk, so just walk it – but be prepared to stand in line briefly during peak dining times).

Recreation: While downtown, visit Birmingham’s newest and most innovative park – Railroad Park.  It is scheduled to open the weekend before and will be ready for exploration.   Railroad Park is located along 1st Avenue South between 14th and 18th Streets.  You should pass it on your walk to the Greek Food Festival – a great place to play after a big lunch!

All of this is, of course, in addition to the many attractions that are open each weekend including the McWane Center, the Birmingham Civil Rights Institute, and the Birmingham Museum of Art.

You’ve packed the SUV or mini-van to visit nearby cities for similar experiences, so here’s your chance to enjoy all of the fun without the suitcase. We’ll see you there!