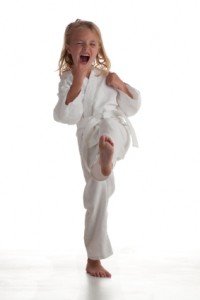 If you’re considering enrolling your child in a martial art like tae kwon do or karate, here are some thoughts from the mom of a black belt:

That said, most people who reach the level of black belt never regret their efforts. It’s a universally respected, lifelong accomplishment.

Here is a list of martial arts studios and groups recommended by local, Birmingham Moms: Karate in Birmingham