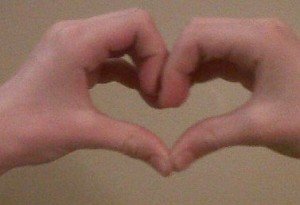 Moms of boys are basically insulated from Bieber fever. Without a daughter, boy-moms would never have a reason to go see Never Say Never or otherwise keep up with the hype about the [David Cassidy, Donny Osmond*, N’ Sync, et. al] of the moment.

But they might be surprised, as I was, to find that the movie is more boy-centric than expected. Although I was sharing popcorn with my daughter, I thought of my son the entire time.

Don’t misunderstand: Your son wouldn’t be caught dead at Never Say Never. But any mom who has had a blue nursery will recognize the awww moments. Here’s what you can expect:

Fame is a beast known to devour its young. Let’s hope Bieber beats the odds. Even our own non-celebrity boys are growing up fast, and soon enough there will be One (More) Lonely Girl will be mom.

*It must be said that Donny Osmond’s favorite color was purple and he often used a heart motif.  Just sayin’ it for the old schoolers.