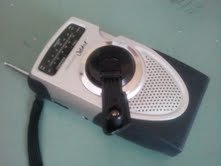 A few years ago a college counselor was speaking about “helicopter parenting” when she shared a common occurrence. Students would come into her office each semester seeking assistance in arranging their schedules. “Let’s see,” she would offer, looking at the course catalog. “Looks like you need Literature 201 and you could take it at eight or nine in the mornings.”

The kid would pull out her phone and call her mom. “Mom, I can take Literature at either eight or nine. Which time should I take it?”

This story floored me because it was so foreign from my own experience. Perhaps if I’d had a cell phone with mom on  speed dial, I would have consulted her with such a dilemma. However, I felt more than capable of deciding between an 8 or 9 a.m. class. I feel pretty certain my mom didn’t care which hour I took a class, as long as I was taking it.

Then I read the touching Sports Illustrated story of a Tuscaloosa student who looked out his window and saw the monster tornado approaching on April 27th. With the tornado bearing down on him, he called his dad in Edmond, Oklahoma, which calculates to be 590.1 miles from Tuscaloosa. “What do I do?” he asked.

“Get a mattress now and get into the tub! Now!” said his dad. And thank goodness, the kid did, and he survived.

After reading this article and viewing some of the devastation with my own eyes, I called a family meeting. “Perhaps I never thought to tell you this before, kids,  but I want to be clear about something.

“If you ever look outside and see a tornado – I don’t care which direction it is headed – DO NOT CALL ME.  Instead, GET TO SHELTER IMMEDIATELY. Get to a basement, an interior closet, whatever is near. Then, once you are sheltered, call me.”

Of course I would want to offer my child comfort in such terror, but not at the very moment when survival instincts are literally a matter of life and death. (Although my kids are young enough to still be under my supervision, I already know I do not do well in the clutch.  I am the mom who can only grunt when my kid gets up to bat with the game tied and bases loaded.)

This “shelter first” policy was further reinforced for me by a mom I know who was on the phone with her daughter when the tornado hit. She was instructing her daughter to get to safety in real time and heard every agonizing moment, from the screams of roommates to a deafening roar. Then the phone went dead.

She spent the next 20 minutes of her life in sheer agony. Turns out her daughter and friends were okay. The mom was able to connect eventually, and of course has never had a happier moment than when she heard her daughter’s voice.

Be mindful of how your kids depend on your direction. You might prefer that they develop their judgment rather than rely on their Phone a Parent lifeline.