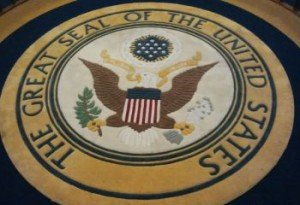 This week a presidential candidate had to cancel some scheduled campaign events because his three year old, criticallly ill daughter was hospitalized with pneumonia. (Oh, who am I kidding? You know it’s Rick Santorum.)

The daughter, who has the genetic abnormality Trisomy 18 and is expected to have a limited life span, is one of seven children. And while I cannot imagine the agony of having a child with such a prognosis , I can’t help but wonder what would be said about a mom who was on the campaign trail under the same circumstances.

As you have probably noticed, there isn’t a lot of ruminating among dads about striking a “balance” between work and home. It’s generally understood that they will work, and a demanding job only underscores their importance as a champion and provider. A mom, on the other hand, is usually regarded as much for her clean house and her kids’ behavior as for her work. Should one of the former be judged inadequate, it’s always the latter that is to blame.  As I have been told , “You can just learn to be content with less. Your family comes first.”   Notwithstanding that it may be good advice, do guys ever have to hear this?

At this point in history, discussing gender roles is almost a bore. Moms’ inner conflict over “balance” is the stuff of parables, our own little problem to work through even in 2012. And that’s just in working for a living, let alone running for office.

Anyhow, my point isn’t to comment on whether Dad Santorum should stay in the race, but to raise the question of whether a mom would  even have the choice.* My prediction is that she would be villified without mercy. It would be a political non-starter for a woman to campaign with either seven children or one with a life-threatening condition, let alone both situations at once.

*Talk about a moot point! Personally, if I had seven kids I wouldn’t be fit for anything, much less traveling, debating, and doing the steakhouse/rubber chicken dinner circuit. However, I won’t deny that I might welcome being away from home for days at a time.