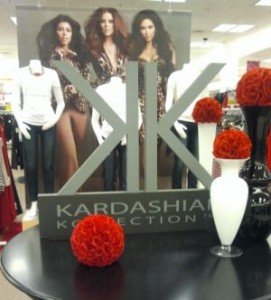 Is a leopard print jumpsuit a good idea for anyone? Even a Kardashian?

After all the grief we’ve given Paula Deen over her endorsement of diabetic products, it’s only fair to consider what we expect of celebrity spokespeople. Clearly we enjoy being taken along for a fantasy-filled ride no matter how perposterous the claim. Marketers, aided by psychologists, must have figured out that we are the world’s easiest marks when it comes to having famous people sell us stuff they’ve never needed themselves. Just ask yourself:

These people aren’t paid to USE the products, they are  just paid to shoot commercials. The only truly credible spokesperson is Jared of Subway, and he deserves our pity admiration for eating a cold cut sandwich every day of his life for a solid year. That poor guy had to lose 100 pounds to earn his endorsement!

Let’s consider the plausibility of Brooke Shields’ mass market tastes via Exhibit A: March 2012 Architectural Digest, featuring her “discreetly luxurious” four-story Greenwhich Village townhouse. It was partly funished from the “hangar-sized warehouse” Shields had in New Jersey to store all her collected pieces, such the George III style kitchen chairs reupholstered in what the actress describes as ”Hermes orange” patent leather. While the Louis Vuitton trunk was a gift from her husband, there is not one stick of La-Z-Boy to be found (and sister, we ain’t mad at cha).

Exhibit B: “Brooke’s Tips” on the La-Z-Boy site. Among them? Brooke recommends keeping some board games hidden in your living room. “You may have to nudge your guests a little at first, but they can turn a regular dinner party into a huge laugh fest!” Do any of us imagine this actress, model, author and mom needing to resort to Pictionary to carry a conversation? And that’s the point. She’s also a spokesperson, and a lucrative contract is banking on our uncritical consumer minds.

You can buy it; just don’t believe it.