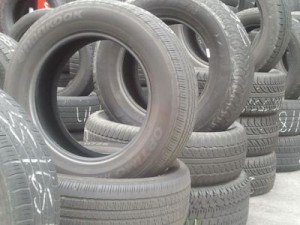 After reading Lilly Ledbetter's story of working years in a tire plant, all the while harassed and paid much less than her male peers, I blush to think I ever murmured when the vending machine was out of Diet Coke.

Lilly Ledbetter is one tough lady – make that person – with a compelling story about women battling unfair practices in the workplace. Imagine what a grind it must have been for Ledbetter to work her tail off all those years in a stinking tire plant*, raising her kids and being available for her aging mother while being at the mercy of an apparent bunch of jerks in the Norma Rae/9-to5 tradition.

Even worse was Ledbetter’s sickening discovery that she had been earning less – much less – than any of her male peers. In the old southern novels, a woman took to the fainting couch when she met an unjust heartbreak of such monstrous proportions. Not Lilly, though. She got mad as hell and took her fight all the way to the Supreme Court.

As you surely know, she lost her case. Her own congressman, Mike Rogers, and Alabama Senators Shelby and Sessions all voted against the Lilly Ledbetter Fair Pay Act of 2009. Ledbetter ultimately saw her namesake bill passed into law and has gone on to a second career as a representative for equal pay and, I like to think, Alabama in general.

It’s in Ledbetter’s book Grace and Grit, co authored with Birmingham’s Lanier Scott Isom, that you learn how a hardscrabble, small town life in east Alabama shaped Ledbetter into the proverbial steel magnolia. She grew up with few books and was never encouraged to attend college, despite her academic record and later driving by Jacksonville State University most days. To paraphrase Ledbetter in her book, when you have grown up in a house where a cat could fall through the gaps in the floorboards, what have you got to lose?

What, indeed? A woman who didn’t aspire to a better life would have given up. A woman who had a abundance of job opportunities at attractive wages would have simply gone elsewhere. A woman who didn’t need every bit of her earning power, compounded over an entire career, would have rationalized that it wasn’t worth the hassle, the ulcers, the stress. Heck, most of us have quit jobs for far less noble reasons.

But Ledbetter stood her ground and is changing the course of employment practice. While the application of “equal pay for equal work” is complex and nuanced – each person brings a unique stew of skills to any job – we can surely agree that just being male or female isn’t a legitimate ingredient.

Read Grace and Grit, and if you have the opportunity, attend the November chapter meeting of the Birmingham Society of Human Resource Management (BSHRM) on November 14th. Lilly Ledbetter will be the featured speaker on Women in the Workplace: Closing the Gender Gap. (Yes, Gloria Steinem, we are still having these programs in America in 2012.)

*Not that I have anything against manufacturing plants. As my father in law, retired after 35 years with a paper company, always says when we catch the whiff of a paper plant: “Smells like money to me.”