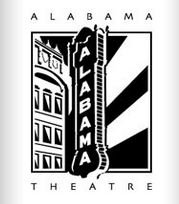 The Alabama Theatre Holiday Film Series begins on December 10th with shows daily until December 22nd.  We write about this year after year and must say again – the holiday season just isn’t complete until you have sung with the Mighty Wurlitzer and watched a classic film or laughed with your children in this wonderful historic theatre!!

Here is the schedule.  All of the shows begin at 7pm except where noted below.  Tickets to the show cost $8 and may be purchased at the door.