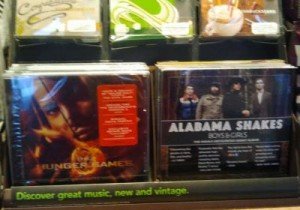 Starbucks is onto Alabama Artists

We’re republishing this post about the Alabama Shakes because we said it back in May – “If you haven’t heard of them yet, you will.” Congrats to the ALABAMA SHAKES on their Grammy nominations!

Last year the #1 country song in the nation was Brad Paisley’s ”Old Alabama,” which left me sort of longing for new Alabama artists to fill the void.   That’s why I’m so excited about the fabulous young band Alabama Shakes from Athens. If you have ‘t heard of them yet, you will.

Just last August Alabama Shakes was playing in Florence as part of the W.C. Handy festival; now they’re on Letterman, Conan, SXSW, and a world tour. I can’t stop playing their debut album “Boys and Girls” with its old revival style, soul-meets-rock, timeless sound. I love this informal ”Live from the Shoals“ (not the official video) from Pegasus Records in Florence. Brittany Howard, the lead singer, looks like any girl you’ve made small talk with while waiting in a checkout line, and then – boom –  she starts to sing 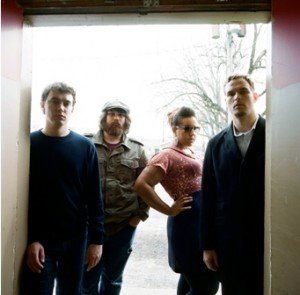 and you are completely blown away. This is that barefoot, Susan Boyle moment before a professional stylist starts assigning designer duds.

Alabama Shakes aren’t the only group of artists building momentum for the state’s new musical talent. Spring’s most anticiated movie, The Hunger Games, has a soundtrack featuring the Secret Sisters, who hail from Greenhill (near Florence). John Paul White, one half of 2012 Grammy winners the Civil Wars, is also a Shoals native.

And speaking of “Old Alabama”, another artist who has embraced his status as a classic and icon is Lionel Richie. His latest album, featuring duets of his old songs with newer artists, is Tuskeegee. It’s nice that he threw some props to his native state, although the man has clearly preferred L.A. ever since he left (wonder what daughter Nicole would think if she ever saw Tuskeegee).

Clearly, there is fresh new talent all around us and it’s showcased at festivals and entertainment venues throughout the state. It’s just a matter of discovery, and perhaps, re-discovery.

Note: Alabama Shakes is performing in Birmingham in May – Birmingham, England, that is.