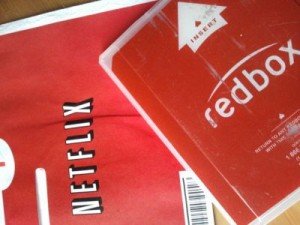 Congratulations of those of you who can watch the Oscars and recognize the actors and their characters, let alone hold an informed opinion on the relative merits of each film. Having kids made first-run, theater screened movies a thing of the past.

Not since giving birth have I had the luxury of keeping up with the Academy Awards, because that would mean investing three hours of babysitter fees to watch a screen in the dark, which for the first few sleep-deprived years would have been a snooze fest anyway. Moreover, since there are several contenders, only a professional film critic or someone with in-laws on babysitting speed dial could manage to see all the work that is nominated.

I smile at the folks who share their plans for Oscar night parties. What fun! Enjoy these events as the pre-childbearing diversions that they are. One day you will wake up and discover that Redbox is the only thing standing between you and complete ignorance of modern culture. No, I wouldn’t be a good Oscar party guest anyway. I rely on the Oscar award hosts’ skits (which I’m sure are probably funny when you’ve seen the movie) and the clips to piece together the essence of the movie, faking my way through the inside jokes until Netflix and the kitchen DVD player permit me to catch up during a cookie baking session many months later.

For now I must content myself with the best/worst dressed debates. Why? They require no preparation. I don’t have to see a movie or a press event to judge whether a dress hit the mark or is styled appropriately. I can marvel at the power of Spanx (such a comfort to think it is Spanx and double-sided tape that makes the starlets look polished!). I don’t have to get that sinking feeling that I am falling further and further behind in the James Bond series.

This year is a high water mark for me, for I have seen three of the nine films nominated for Best Picture. There don’t seem to be any famous lines to reference forever (“Like my mama always said, life is like a box of chocolates…”) To my great relief, there doesn’t appear to be a movie franchise in the works, since we are forever on the hook for any subsequent Toy Story and Shrek productions. (Pause here to appreciate the quality of animated movies these days, since we have to hear them over and over on the car DVD.)

It’s the natural order of things that staying current with Mission Impossible has been superseded by the kids’ movie education. Understand Yoda, they must. Now, time to pop the movie theater style microwave popcorn and settle in.