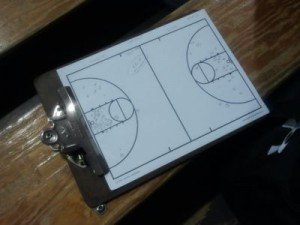 Mike Rice, basketball coach at Rutgers, was just fired for abusing players during practices. It seems that public opinion generally supports the decision, but it’s interesting to note that some former players went on record to say that they had no problem with Rice’s behavior. They more or less were conditioned to expect the harsh treatment.

If the players themselves have mixed reactions to a coach, it’s no surprise that parents could have differing reactions to coaching techniques. Compare your positions on these:

One of the first lessons we expect sports to teach our kids is that they don’t cry when they lose. It is worth all the YMCA membership dues if we can teach the budding T-ball player to be a “good sport,” and we’re just grateful for any coach willing to try and explain the basic concepts. Fortunately, younger kids can forget all about losing when they are offered the snack, which is all they played for anyway.

Then comes the age when crying, even for injury, is Not Okay. I have often sat in sympathetic horror watching a kid’s face screw up with pain while a dad has beamed with relief that at least the kid is not crying (“Way to take it, son!”). To be fair, there are plenty of moms who agree there’s no crying in baseball and they will march off purposely to the dugout to tell their kid to dry it up right now.

Most dads I know think it’s just obvious that any yelling or public correction by the coach is nothing to be taken personally. This is sound advice and good preparation for the real world, except: At what age is a kid mature enough to NOT take it personally? It’s a basic life skill to be able to take criticism and use it to improve performance. However, Dad seems to take the view that the kid needs to learn how to take it sooner rather than later. (Does it defeat the coach’s efforts if mom takes the kid for an ice cream to recover from a bad game?)

Throwing up is expected

It was a total shock the first time I saw buckets located at convenient intervals for a football practice. Apparently it is a badge of honor to work out so hard that you vomit. Of course, such an episode may be the kids’ own fault due to a poor choice for breakfast. Then again, how to tell the difference between lactose intolerance and early stages of dehydration? Must moms always be the designated worriers?

It’s always a thrill to see Steve Spurrier get wound up to the point of throwing his visor down during a ballgame. But there’s a difference between this level of entertainment and coaching kids. Frankly, I’m in no position to criticize the hissy fit approach. As I have said in many a rant, I can’t seem to get results with nice. I have to GO THERE and get NASTY, hollering and huffing and stomping before I get a reaction.

I’m not proud. I know it’s my own fault for not implementing immediate consequences at the lower level of the scale, but then the kids literally do not seem to register that they were given any warning or choice. Come to think of it, is there such a thing as a steady, emotionally controlled coach?

All’s fair when it’s your kid

Do coaches get a free pass when they’re yelling at their own kid? Apparently so. Who’s going to tell him/her otherwise? Only the kid’s mom.

Are we particularly desensitized to coach behavior in Alabama’s you’d-better-win environment? A thought provoking article on Bear Bryant and the Junction Boys from the New York times.