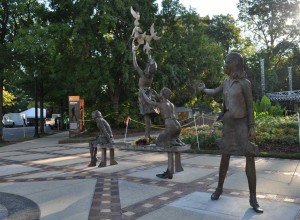 I’ve lived in Birmingham over 20 years enjoying a sort of love-hate relationship with this ‘magic city’.   I love its neighborhoods having spent hours as a college student exploring Forest Park, Bush Hills, Norwood, Woodlawn, Mountain Brook, Homewood and more.  For inspiration prior to an exam, I’d ride the beautiful streets of Redmont.   In my 20s, I explored all of the cultural opportunities available and my time was willingly co-opted by several local nonprofits and worthy projects.  We even met in groups called the Future of Birmingham and Catalyst where we talked about issues and ideas (mostly talk).

For two decades, I have directed guests to the Civil Rights Institute, admired the beauty of Kelly Ingram Park and then ended with a signature dining experience like Highlands or Hot & Hot.    To me, it symbolized a classic day in a city that is 50 years beyond the Movement.  I thought I understood what it meant to live in Birmingham – a city full of intellect and creativity, one that is exceptionally philanthropic but with a complex history that sometimes complicates its future.

And then,  on a beautiful August evening downtown with the sun setting over the 16th Street 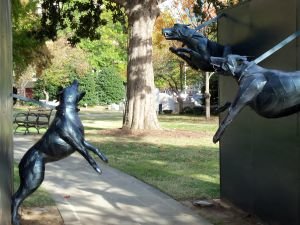 Baptist church, I comforted my weeping, 9-year old daughter and discovered what it truly meant to be a Birmingham Mom.

With the 50th Anniversary of the Civil Rights Movement, it seemed to be a good time to tour the Civil Rights Institute with our 9-yr old.   We entered – me knowing the history of the lunch counters, the legal battles, Freedom Riders and the bombings and Grey knowing very little other than the story of Martin Luther King Jr.   At the first scene of the young African American girl looking toward the school counter, my daughter turned and said, “She looks sad and I feel sad.”  Then, pictures of children walking past mobs with confederate flags in their hands and hate in their eyes made her feel scared and she was finished.  We had only gotten 25 yards into the museum and it was time to go.  She was scared.

Exiting the museum, she burst into tears completely overwhelmed by the hatred and fear of the movement – feelings I had buried or never truly recognized amid historical facts and time.   She wanted to know, “Who are those people in the pictures?”  She wanted names.  “Do people like that live here now?”  “Why do we live here?”  “We should move!” “How could people yell at kids?” “Why did they just stand there watching (not helping)?”  and then finally (sadly) she said, “Why did this have to happen in Birmingham?”

She wanted to know how humans could hate each other just because of the color of their skin.  Worse yet, she was scared and viewed her home as an unsafe place.   I attempted to give her a sense of time (this happened a long time ago) and then conveyed to her that it had to be Birmingham.  The city had all of the characteristics necessary to gain national attention and that the leaders who marched and faced those crowds paved the way for laws to make the system fairer.  Our city is triumphant, I told her, and pointed toward the beautiful statues in Kelly Ingram Park while reminding her of the pictures we’d just seen.   We spend every day moving forward toward a time when everyone is treated fairly and a community that is stronger because of differences.

We then talked about what it meant to walk on the same street where children marched and the things we could to today, albeit smaller acts, that help us strengthen the fabric of our community. It led to an ongoing topic in our home about how knowledge of other ethnicities reduces fear and increases trust.

As I answered questions and pondered my own, with 16th Street Baptist in my peripheral vision, my heart broke as I thought of the Birmingham Moms who lost daughters 50 years earlier.   I could feel myself binding to the threads that shape our city.  We owe the parents who wept in this very same spot and our children answers.  The slogan for the 50th Commemoration is 50 Year Forward.  What happens going Forward for the next 50 depends on the lessons that Birmingham Moms teach today.     Among them is a homegrown lesson in justice and the beauty that can emerge when fear of differences is transformed by knowledge and friendship.